In the midst of a historic storm season, many people's minds are on the weather. Today Hurricane Sally made landfall in Alabama and Florida, and Pensacola got 30 inches of rain. Sally is the eighth named storm to dump on the continental U.S. this season, setting an all-time record for storms by this day in the year.

What does such weather mean to homeowners who rely on the sun to power their homes? Do they need larger arrays of solar panels? Is a battery a must? And what happens when snow falls on the panels? That's what we are here to explain.

Even on a cloudy day, plenty of photons from the sun reach our solar panels. People think panels require direct sunlight, but it would be closer to the truth to say they merely require daylight. The sunlight does not need to shine right on the panels. Some panels handle diffused light better than others. Direct sunlight is still preferred.

Florida ranks third in the nation on a list of top solar states, with 5,538 megawatts of installed systems.¹ Rain is quite common in the Sunshine State. Solar panels tend to produce 10%-25% of their regular capacity under heavy clouds², but there is an upside to rainy days. The regular dousing actually cleans solar panels, washing away dust and debris.

Array size
When it comes to deciding how many panels to include in a solar array, your number of peak sun hours is part of the formula, along with your average daily energy needs³. Because the determination of array size relies on sunlight averages, it already takes into account bad weather. Don't worry that you might have to expand your array later to compensate for bad weather; it's part of the formula up front.

Connect with a local installer to explore your solar options today.

Solar panels are designed to withstand weather at both extremes. During manufacture, panels are subjected to various stress tests in order to receive the Underwriter's Laboratories (UL) certification.

Inside the panels are modules where a chemical reaction occurs to turn sunlight into direct current (DC), which an inverter turns into the alternating current (AC) our households rely on. While the optimal temperature for the chemical reaction is 77 degrees Fahrenheit, solar panels are efficiently deployed everywhere from the broiling hot American Southwest to snowy Alaska, from cloudy Germany to windy Australia.

Solar panels stand up to bad weather extremely well. The Energy Department's National Renewable Energy Laboratory analyzed 50,000 solar panel systems over six years and found that only 0.1% reported trouble from damaged or underperforming modules. This speaks to the high quality of solar panels.

The laboratory wrote: "Despite hurricanes, hail, shading, vandalism, and hook-up delays, approximately 85% of all systems each year produced 90% or more of the electricity predicted, and the typical system produces more electricity than predicted. Year to year comparisons suggest that the degradation rate—the gradual loss of energy production—is in the historical range of 0.5%-1% per year."

“Testing by solar manufacturers includes a certification that the panels can withstand winds of up to 140 miles per hour, the equivalent of a Category 4 hurricane, which has average winds speeds of 130 to 156 mph.”


Do I Need Battery Backup If I Live With a Lot of Bad Weather?

No, you don't. In most regions of the country the power grid is the most cost-effective source of backup power. While battery technology continues to creep forward, they are still so expensive that it's almost always cheaper to use the public utility as a virtual battery.

Hooray for net metering!
The battery question is best answered not by how bad your weather is but by whether or not your area enjoys the benefits net metering.

Net metering technology attaches to your home solar energy system and measures energy flow both ways. That is, it measures how much of your solar power gets transferred to the utility in hours of excess production and how much you draw from the utility to get through low spots, like nighttime and heavy cloud cover. You pay only for the net difference. This is why the grid is often your best virtual battery.

The best net metering laws require that the owner of the solar energy system be paid for excess energy at the going rate—in other words, you get paid for your electricity at the same rate the power company charges you to buy its electricity. Payments take the form of credits on your monthly energy bill. The credits can roll over month to month. The power you sell at peak production offsets the power you must buy at other times—no need for a battery. Your energy bill become so low that no battery on the market is cheap enough to compete.

Before net metering laws, homeowners weren't guaranteed to be paid for the energy they contributed to the grid. Whether you were paid at all, and how much, was left up to your utility company.

Net metering is not mandatory everywhere, but 38 states plus Washington, D.C., either have it or have similar rules and regulations aimed at compensating homeowners for the energy they contribute to the utility. 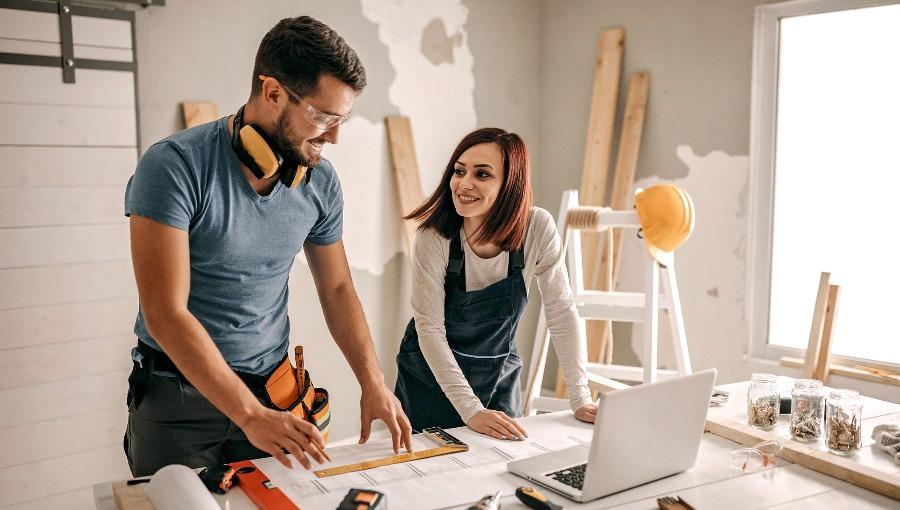